Do not overlook that moulting pigeons should have the opportunity to use the bath once or twice a week.
Twenty words or less TCC Loft Series 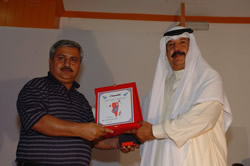 Naqvi is also PPC’s president and has authored a book and publishes a magazine on pigeon keeping and racing. He said the Bahraini ministry was also working with the Pakistani government to arrange a pigeon tournament in both countries as well as exporting racing pigeons from Pakistan.
He said Prince Sheikh Salman Bin Mubarak Al Khalifa, who also has a hobby of keeping pigeons and racing them, met PPC members during an international tournament and later introduced them to Sheikh Muhammad Ibrahim Bin Mubarak Al Khalifa, Bahraini Sports Ministry Finance and Human Resources director.
Naqvi said that later both Bahrainis visited Pakistan and participated in annual pigeon racing tournaments. The Bahrainis said their government supported pigeon keeping and racing and suggested the PPC members forward it a summary on pigeon tournaments and trade in Pakistan, he added.
He said the PPC members forwarded the summary to Bahraini Sports Minister Sheikh Fawad after which the Bahraini government sent an official invitation to PPC members for talks on the issue. Naqvi said a three-member PPC delegation led by him and consisting of Amir Shakeel and Qamar Khan visited Bahrain and met Sheikh Fawad. He said that during the meeting the men discussed pigeon keeping, racing, trade and international tournaments, after which the minister said the Bahraini government wanted to give Rs 2.5 million for five annual tournaments to be held in Lahore. He said the PPC accepted the money and named the annual tournaments the ‘Bahrain Cup’, the first tournament to be held on May 28, 2007.
Naqvi said the first instalment was given to the PPC and that the Bahraini Sports Ministry showed interest in export racing pigeons from Pakistan and holding international tournaments in Bahrain and Pakistan on the government level.
Talking a bit about the actual sport of pigeon racing, Naqvi said it was a royal sport that could be traced back to the Mughal era.
He said the sport’s growing popularity had encouraged Pakistani pigeon keepers to organise international racing tournaments in the Gulf. He said pigeon lofts built using bricks were now a common sight in upscale areas such as Defence Housing Authority (DHA), Gulberg, Garden Town, Model Town and Allama Iqbal Town. He said pigeon keeping lost its appeal when it fell into ‘common hands’.
Naqvi said several renowned personalities including Tahir Sharif, owner of Pak Hero Motors; Hassnain Haider, owner of Hassnain Constructions; former Punjab Assembly member Imtiaz; Khalid Latif Randhawa, former Model Town Bar Association president; Dr GM Chattha, deputy medical superintendent of Services Hospital; Syed Gulzar Shah, zone manager of Askari Bank; Khalid Rabbani, manager of Deutsche Bank; Ehsan Sabri, former anti-terrorist court judge; and Muhammad Ahmad Khan Bhatti, legal adviser to the provincial ombudsman; were members of the Pigeon Association and had been trying to help the sport regain its glory over the past 20 years.
He said that according to a rough survey there were about 300,000 pigeon enthusiasts in Lahore and that pigeons association had organised two tournaments called Lahore Champions Cup and Lahore Champions Trophy in the city. He said the pigeon-racing season started in April and ended in the winter.
Naqvi said there were two types of pigeons called ‘Homers’ and ‘Tipplers’. He said Homers were long distance racers and one Homer completed a 400-kilometre race in 11 hours. He also said Tipplers flew for longer periods and such pigeons were used in endurance races.
Naqvi said several royal personalities from the Gulf had also picked up the hobby with the help of Lahore-based pigeon enthusiasts. He said international tournaments were being arranged annually in the United Arab Emirates, Dubai, Kuwait, Qatar and Bahrain.
Read more ...
Daily Times
Posted by Mike Taylor at 4:00 AM

Mate birds that fly best in an East wind together. Mate West winders together similarly. You will find it worth while.
W. S. "Billy" Pearson
Widowhood Old and New
Edited by Colin Osman
Posted by Mike Taylor at 4:00 AM

A poor moult or wasted muscles are sure signs that the end is near.
Taken from Widowhood Flying
by Mark Gordon
Twenty words or less TCC Loft series
Posted by Mike Taylor at 4:00 AM

Feather of a Sick Pigeon

The feel of the feather of a sick pigeon is much different from that of a healthy bird. The healthy one's feather has a satin smoothness allied with a seeming 'greasy' feel whereas the sickly pigeon's feather is dry and coarse, appearing to be 'brittle' to the touch. The difference is quite unmistakable.
Taken from The Ailments & Diseases of The Racing Pigeon
by Old Hand
Posted by Mike Taylor at 4:00 AM

Be sure to treat for worms a month before pairing up the birds.
Twenty words or less TCC Loft series
Posted by Mike Taylor at 12:00 PM

Old Hand's five-point physical inspection of  long distance pigeons includes;
Taken from The Racing Pigeon & Pigeon Racing For All
by Old Hand
Posted by Mike Taylor at 4:00 AM